The famous Bhimakali Temple in Shimla is a very popular tourist attraction. Though Himanchal has plenty of religious places especially the temples still there is one temple that has always been mesmerizing devotees and the tourists with its intrinsic wooden architecture is the famous Bhimakali Temple, Sarahan. The temple has the main deity as Bhimakali Ma, the prime deity worshipped by the Bushahr Rulers of this region. This temple is situated at an altitude of 2150 m. Also known as Bheemakali Temple of Simla, this architectural wonder is one of the representatives of 51 Shakti Peeths. The unique thing about this temple is that the style of architecture used to build it is a unique amalgamation of both Hinduism and Buddhism. The temple has an interesting story behind it. It is said that long ago, there were many demons in the Himalayas who were proving to be a major distraction when the priests and saints used to meditate. This temple is one-of-its-kinds having a unique architecture which is nowhere to be found in other states of hill stations. They all prayed to the Gods above to send a powerful force to wipe the demons off. Hearing their pleas, the Gods decided to concentrate their powers on one point. A huge explosion took place and one could see a small girl child on that spot. This girl child grew up to be the force who destroyed all demons and was supposed to take repeated births to destroy any evil force on the face of the earth. The temple is dedicated to this great female power who was called Bhimakali. The temple also has interesting tit-bits that are truly intriguing. In the year 1905, a powerful earthquake struck this place and the temple tilted to one side. However, it reclined back to its original shape after another tremor jolted the place! People say that there is a secret tunnel inside the temple that was used to reach a nearby village by the priests.

Throughout the day, 4 aartis are performed. The timings are:
In the year 1927, another temple was built right next to the existing temple, which houses a 200-year-old idol of Goddess Bhimakali. 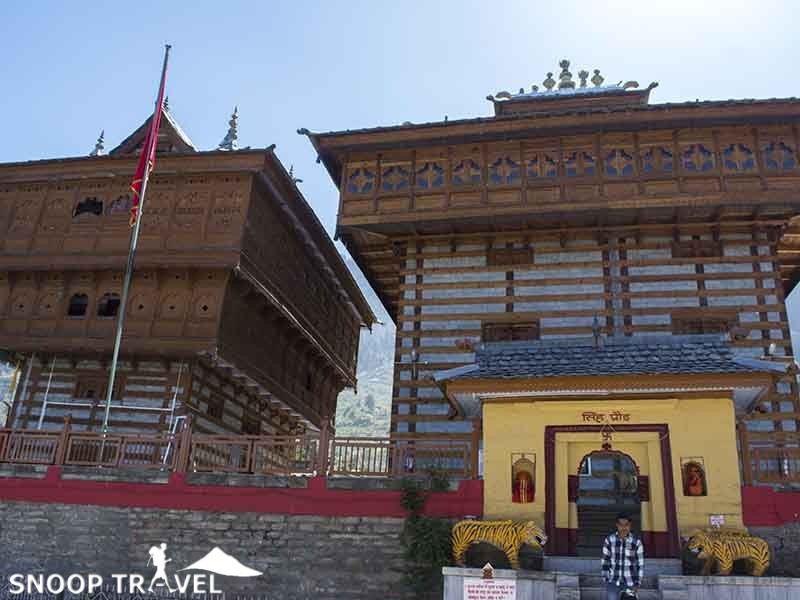 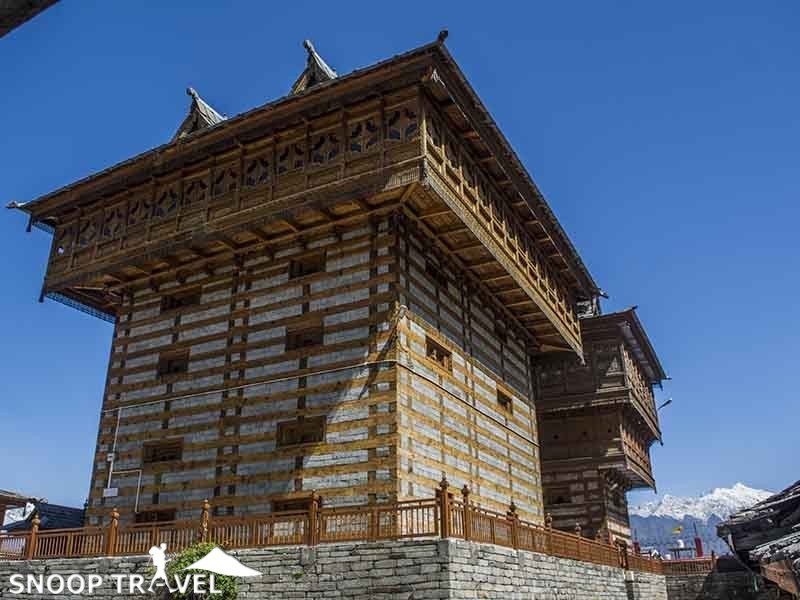 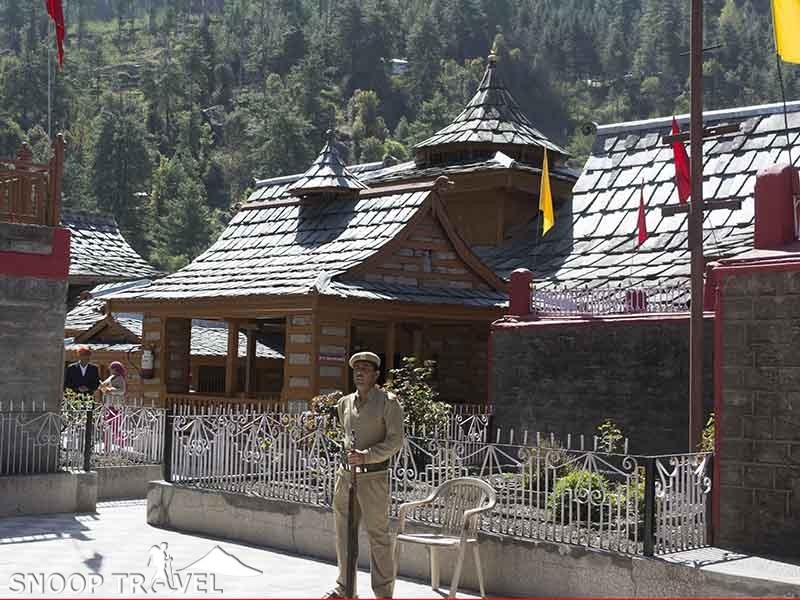 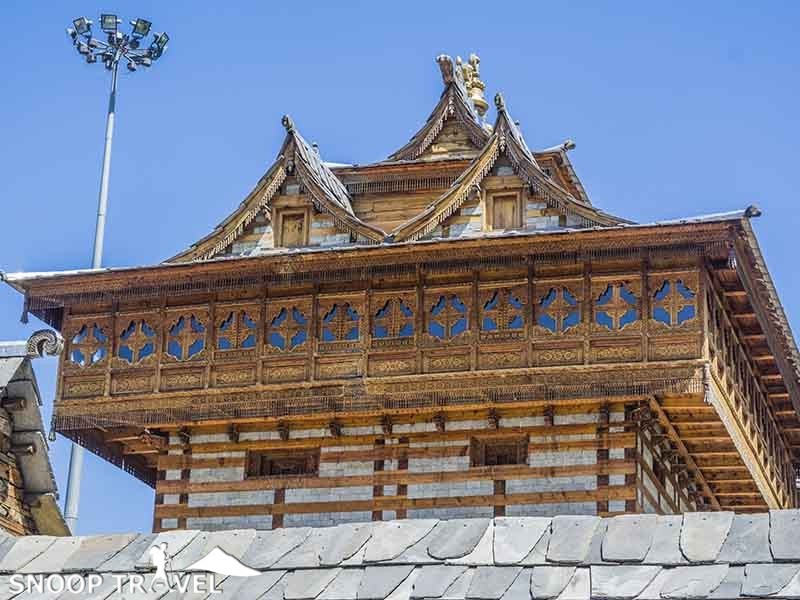 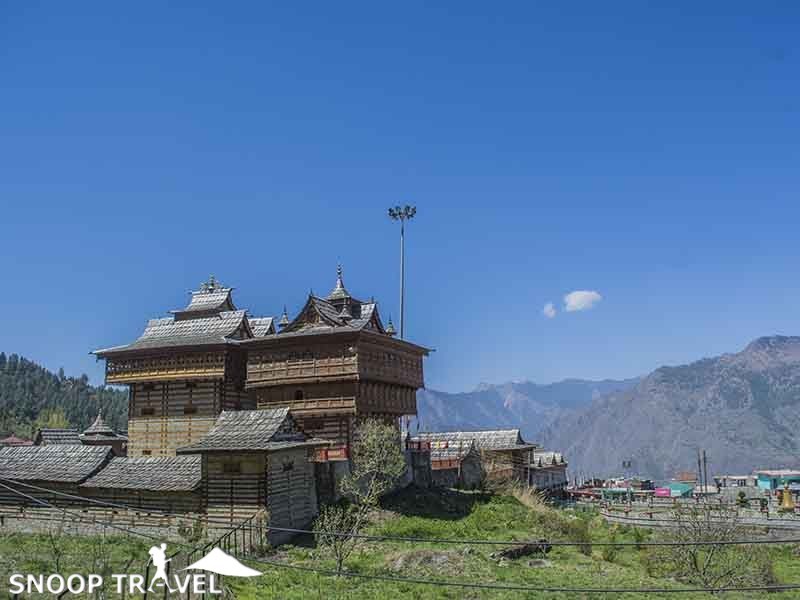 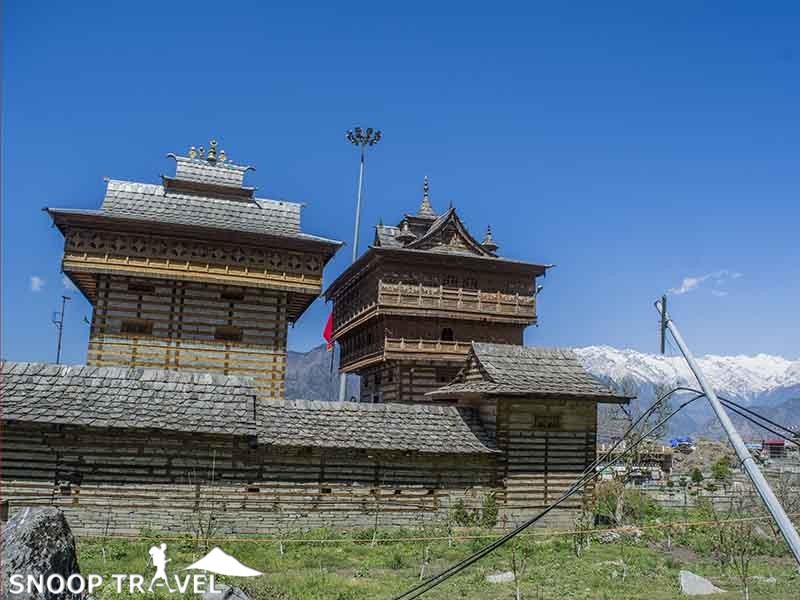 This temple can be visited throughout the year because the climate remains pleasant and cool and never exceed more than 25 degrees in summer. In winters, it is very cool and proper protection of woolen items is needed. During March-November, light woolen items are needed during early morning and in the evening.

How to reach Bhimakali temple sahran
The temple of Bhimakali Ma is located about 180 km away from Shimla. It can be reached by road very easily from Shimla and from other parts of Himachal Pradesh.


By Rail: As there is no railway station near to this temple, travelers have to get down at Shimla Station, the nearest station form here. Shimla has connection with Kalka through narrow gauge.

By Road: The Bhimakali Temple is only 180 km away from the capital city Shimla. Jeeps as well as taxi hire are available from both Rampur and Shimla. Buses, both private and run by HPRTC are available very frequently. From Shimla, many prefer to take private vehicles and it takes only 6 hours to reach the temple. Those who are traveling by road must take National Highway 22 till Jeori. Jeori is only 11 km before Jhakri. Jhakri is the place from where the road divides into two parts and one of these roads lead to Sarahan. There are many petrol pumps located at Jeori, Narkanda, Theog and Rampur so travelers must carry extra fuel when they travel by road.

By Air: The nearest airport of Bhimkali Temple is Jubbarhati Airport of Shimla.

Earlier Sarahan, the present location of the temple used to be known as Shonitpur and has been mentioned in many Hindu religious books.
Throughout the day, 4 aartis are performed. The timings are:
It is built of wood and is no less than an architectural masterpiece. Located near the temple are the palaces of the royal families of Shimla.